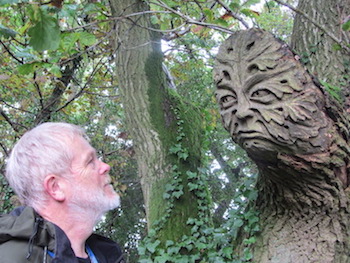 Christopher Somerville is Walking Correspondent of The Times. His long-running ‘A Good Walk’ series appears every Saturday in the Times Weekend section. He has written some 40 books, many about his travels on foot in various parts of the world, and thousands of articles in all the national newspapers. He has had two collections of poetry published. He loves music, and sometimes tries to play it. 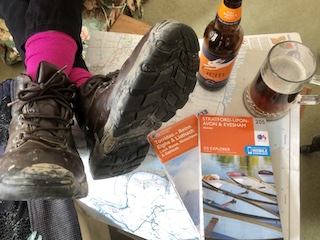 Welcome back to post-lockdown wandering! It’s wonderful to be able to get out and about, and to walk far and near again. The Times have resumed my weekly ‘A Good Walk’ column in the Saturday Weekend section (see Walks and Facebook page links on this page), and I’m busy once more piling up new walks in the stock cupboard. There’s no knowing how long these new freedoms are going to last, so let’s grab ’em while we’ve got ’em.

Lots of you have said you like the Armchair Walkers I’ve been posting during the Covid-19 outbreak. So I’ll keep them coming on this page, for anyone who can’t get out and about on foot. No maps or detailed directions – just an invitation to sit back with a cup of tea or a glass of something nice, and savour some moments, memories and plans for the future! 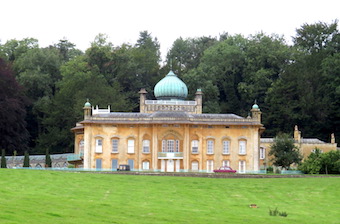 India in the Cotswolds

I’d just about heard the name of Sezincote, but no more than that. I thought it must be another of those gorgeous Elizabethan manors of golden stone that the Cotswolds are so rich in. Queen Bess probably stayed there; Charles II might have dodged pursuit up an oak tree in the park – that sort of thing. But what we found tucked in below the woods near Moreton-in-Marsh was quite a shock to behold.

A day of grumpy weather – nearly as grumpy as Jimmy Anderson. I kept my phone on constant refresh, trying to keep up with the missed catches, rain delays, Pakistani obduracy and other obstacles falling in the path of England’s Greatest Bowler as he strained to capture his 600th Test wicket at Southampton. 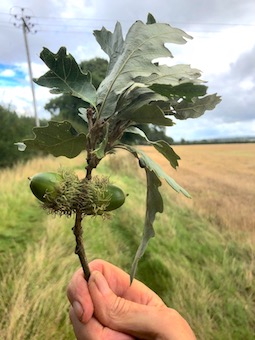 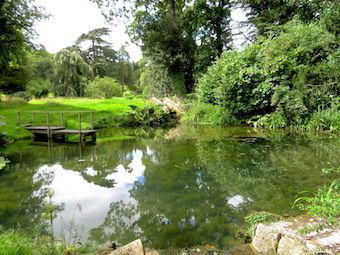 Moreton-in-Marsh is a lovely town with a very wide sheep-straggle of a high street tortured by traffic; Bourton-on-the-Hill a beautiful little sloping village of honey-coloured houses made miserable by 4X4s, fat cars and inexcusably fast and noisy motorbikes pelting down its narrow roadway. Between these two, long fields of harvested barley and wheat with cotton-reel bales of straw regularly spaced, as though giants had temporarily suspended some esoteric game and left all the pieces on the board. Rusty barns, far views across a rolling landscape of green and brown, and church towers and gables of that remarkable golden stone peeping out from trees far and near. 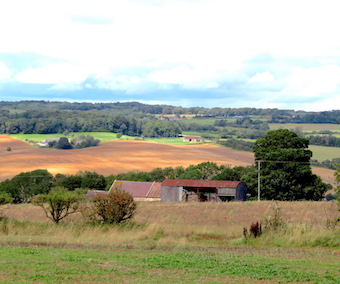 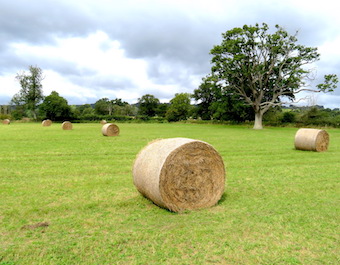 South of Bourton, we came on a slice of the Mughal empire set down in the Cotswolds – the extraordinary house of Sezincote, built in 1805 for Sir Charles Cockerell to the designs of his brother Samuel Pepys Cockerell, who incorporated Georgian, Muslim and Hindu architectural styles in a glorious, jolting mishmash of a building. We walked slowly along the fence at the foot of the slope leading up to the house, marvelling at the minarets, enormous curving orangery, cupolas and great green onion dome capping the whole thing off. George, Prince Regent, visited in 1807, and it’s pretty clear where the inspiration for tarting up his Marine Pavilion in Brighton came from. 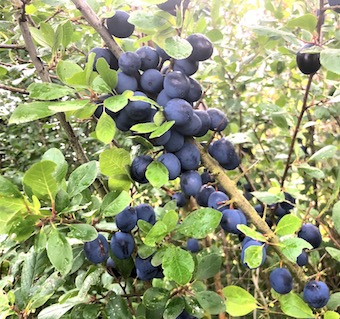 Other delights of the walk – huge old oaks with acorns sprouting galls like the tentacles of sea anemones, and a hedge full of large plump bullace, fat as damsons and bitter as sloes, which we picked into a bag. They’ll form a bubble with gin and sugar, and be ready to come out of isolation in a Kilner jar just in time for Christmas. 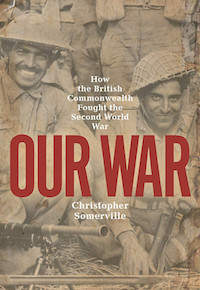 ‘Vivid reading. Knowing that some of the fighting in the Burmese jungle was hand-to-hand is one thing; reading what it was like to take part in a bayonet charge is quite another.’ – Sunday Telegraph 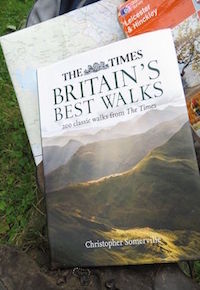 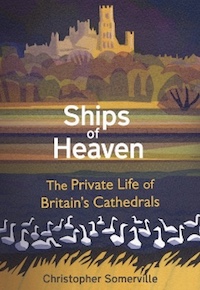 ‘Cathedrals are all things to all people. … To capture all this, vividly and stylishly, in one book suggests something close to divine inspiration … Yet it’s not the breadth of his travels that impresses. It’s the depth of the “cathedral experience” that he uncovers by the old-fashioned journalistic method of getting knowledgeable people to talk freely about what they know best, then using his sharp eyes and wits to fill in the rest of the story.’ – Richard Morrison, The Times 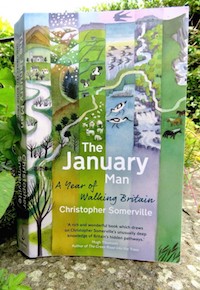 ‘This is nature at its most embracing; human nature richly-woven into the cycle of the seasons and the ecologies of father and son, observed with the passion and learning of Britain’s favourite walker. A truly wonderful, uplifting book, bursting with life.’ Nicholas Crane

– Very sadly, pandemic precautions have put paid just now to all live literary festivals. Boo! But watch this space for news of online ‘Ships of Heaven’ talks and readings.

After days of wild weather and whitened seas along the Sussex coast, a quieter morning dawned over the South Downs.

September, and that first definite nip of autumn in the breeze. We stood in the circular churchyard at Braunston-in-Rutland, admiring the stumpy charms of the Braunston goddess.

Harlech Castle is a lowering presence, there's no getting away from it.