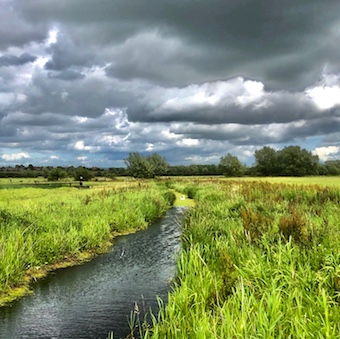 … is not only a lovely William Blake poem, and a tremendous novel by Glyn Hughes, but a phrase that takes me straight back to my childhood playground, the flat green floodplain of the River Severn. Jane and I went walking there yesterday, a day of high blustery wind and tremendous rolling cloud in a blue sky. We set off from the Red Lion at Wainlode Hill between Gloucester and Tewkesbury, a big old red-brick riverside pub on a bend of the Severn where the river surges had sculpted out a tall cliff.

The landlord once told me that he remembered as a young boy going into the cellar there and being absolutely dumbstruck at seeing the floor covered in shining silver. It was a mass of salmon, caught in the Severn and stored in the old pub before being sold. 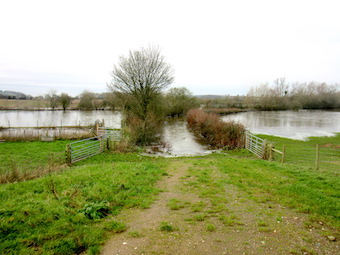 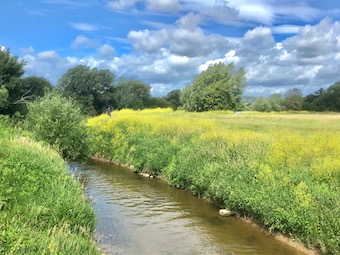 My chum Roo and I used to fish and fool around on the beach under the tall cliff hollowed out by the surging of the river round the bend. How we didn’t drown ourselves I can’t imagine – it’s a very dangerous spot, full of backwaters and eddies and submerged trees washed down by the very strong current. We didn’t see the hazards back then, of course.

A couple of miles north through the meadows by the Severn, some freshly cut, others thick with tall grasses. A hop over a hummock of hill at Apperley, and we were wandering the paths of Coombe Hill Meadows Nature Reserve, with the long smooth line of the Cotswolds along the eastern skyline and the Malvern Hills standing out like a miniature mountain range in the west. All here is flat, lush, squelchy and packed with life. Swallows, swifts and martins zoomed about like fighter pilots over the meadows and pools, chasing down insects. The old canal that once linked the Severn with the Midlands, long abandoned, was lined with meadowsweet and tufty rockets of intensely purple loosestrife. Dragonflies hovered. The day was too wild and windy to see the hobbies and peregrines that hunt the reserve, but there was a sort of brisk pleasure in facing the wind as it teased the reed heads and thrashed the willow leaves till they whitened and turned inside out.

I’m so thankful to have been a child in the 1950s, when one was expected to be out of doors and away over the fields all day, ranging widely and getting into a lot of mischief. Roo and I knew our particular portion of these soggy lands as the Big Meadow. They were flooded most winters, mile after mile of King Severn’s invasions, and in fact they still are. We were chased up a tree, stark naked, by cattle after swimming in the canal. We chucked stones at ‘water rats’ (i.e. water voles), we broke down fences, we shared stolen ciggies and rude words, and once we beat up an old bus that we found parked in the bushes. Mea culpa, mea maxima culpa! All we wanted was to have rowdy outdoor fun. If we’d known that these were Lammas meadows, traditional farmed for hay and famous for their wild flowers and clouds of lapwing, snipe and geese, we wouldn’t have cared less. But I’m glad I know now, and I’m double glad to see them restored to health and richness by the Gloucestershire Wildlife Trust after decades of chemical pesticides and fertiliser had reduced them to sterile silage factories. 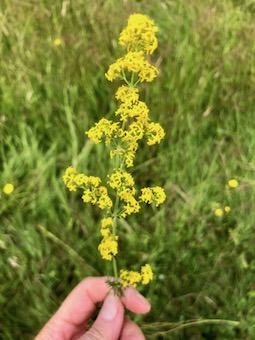 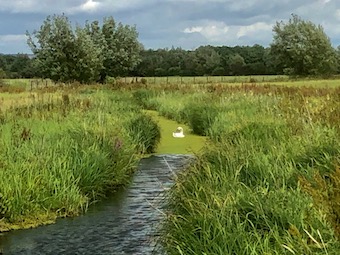