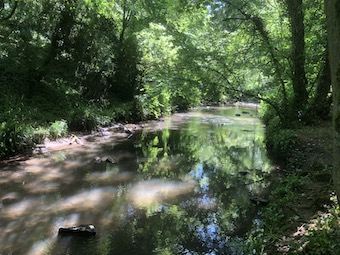 The woods are full of secrets, and it’s taken Lockdown to give me eyes to see them. If it hadn’t been for these remarkable times and their constraints, I don’t suppose I would ever have taken such a close look at the map, day after day, to spy out these tangled webs of purely local walks. What a delight it has been to focus in on a knoll or cleft or patchwork of fields, and realise that my own countryside is still a mystery and an enticement.

Ironmaster’s Vale runs east/west, a very twisty and narrow stream hollow that’s not quite a gorge, and not a valley either. Sunk in here among the trees are the ruins of an iron-grinding industry – arches, walls, spillways, sluices and old rotten beams thick with ferns. Limekilns and millstones, caves and quarries. 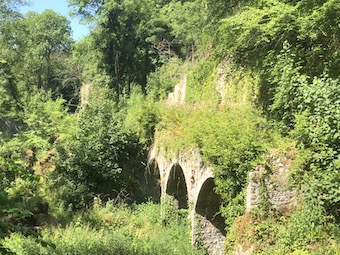 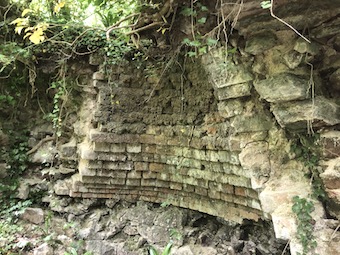 A footpath meanders through the vale, with side turnings leading off through the nettles and butterbur. The narrowest and least noticeable of these unofficial trails leads to a most remarkable quarry wall, a concave sweep of grey carboniferous limestone about 350 million years old canted at a steep angle, with a cap of buttery yellow oolitic limestone lying horizontally on top where it was deposited about 180 million years ago. A geologist’s thrill, and a questioning mind’s delight.

Two boys were dipping for crayfish in the stream. They had caught one apiece, lobster-like creatures about five inches long that scuttled round the bottom of their bucket. These white-clawed crayfish, natives of Britain, are threatened by an invasion of American signal crayfish, which are bigger and tougher. The newcomers also carry a plague to which our chaps have no resistance.

So crayfish have their worries, too. 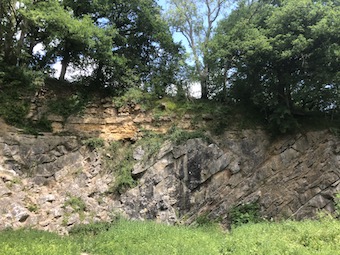 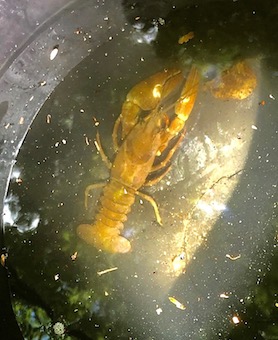